The youth speech was described as incorrect and rude to outsiders but as providing freedom for peer-communication. The ways how local dialects were treated differed across the cities: in some cities the local dialect was described as very beautiful and unique, in others – as ugly, unsuitable to use in domains outside home, and sometimes even as a reason for mockery. In general, however, opinions differed even within the same school.

Later we asked the students to complete a task in which they had to choose personality traits that best described a speaker of a particular variety. The students were given 56 cards with a number of traits (28 positive and 28 negative counterparts). First, they had to pick up the cards they thought were appropriate to the speaker of a variety in question, and then they had to decide which of those cards best described the speaker. The students had to place the cards around the symbolic image of a speaker so that the most typical traits were placed closest to the image.

A typical speaker of the youth language was usually described as youthful and modern. This type of personality is most attractive to the students – such person is seen as interesting, friendly, funny, and cool. However, they also thought that such person may give an impression of someone uneducated, frivolous, and irresponsible. The stereotype of a speaker of a local dialect, on one hand, included such positive traits as ‘interesting’ (59%), ‘sincere’ (55%), ‘warm’ (55%), and ‘funny’ (41%). On the other hand, such person was often associated with generally less attractive social qualities like ‘country man’ (59%), ‘old-minded’ (35%), ‘old-fashioned’ (42%), ‘narrow-minded’ (26%), and ‘uneducated’ (16%). 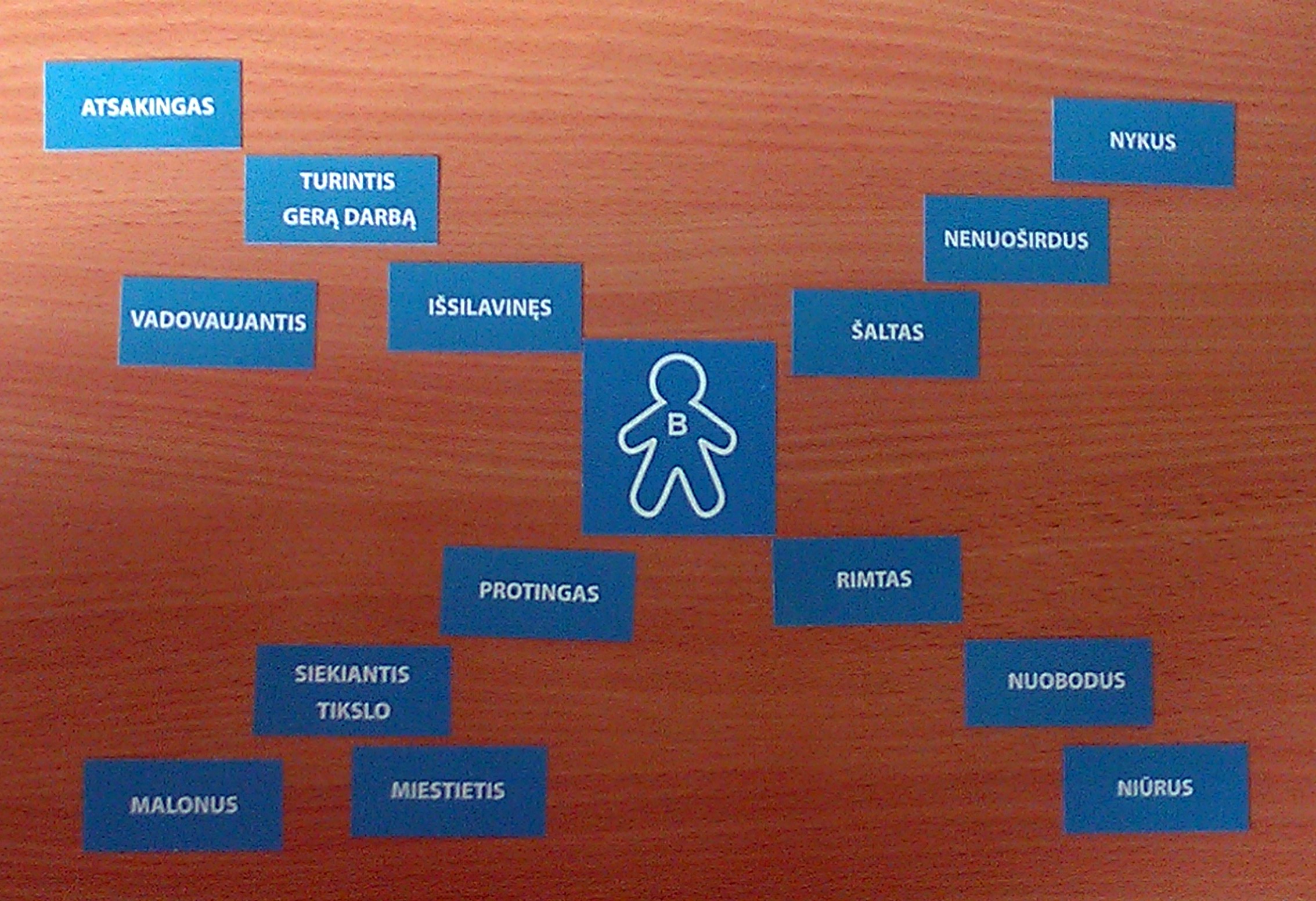 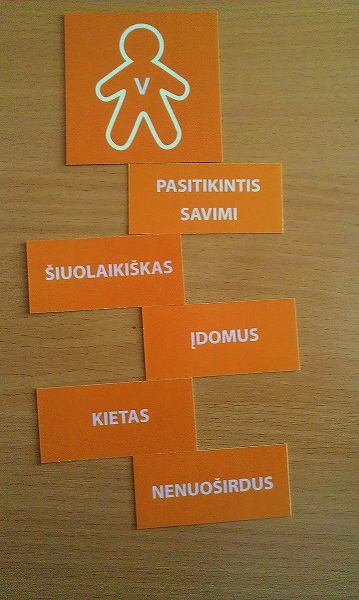 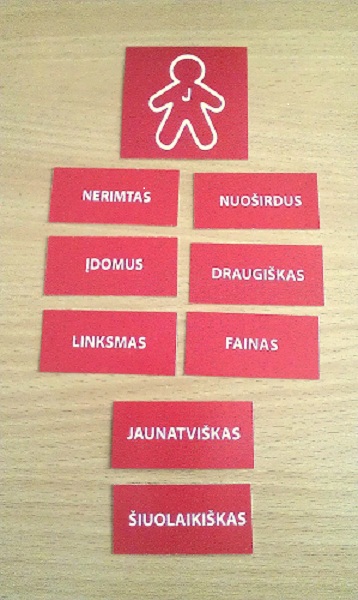 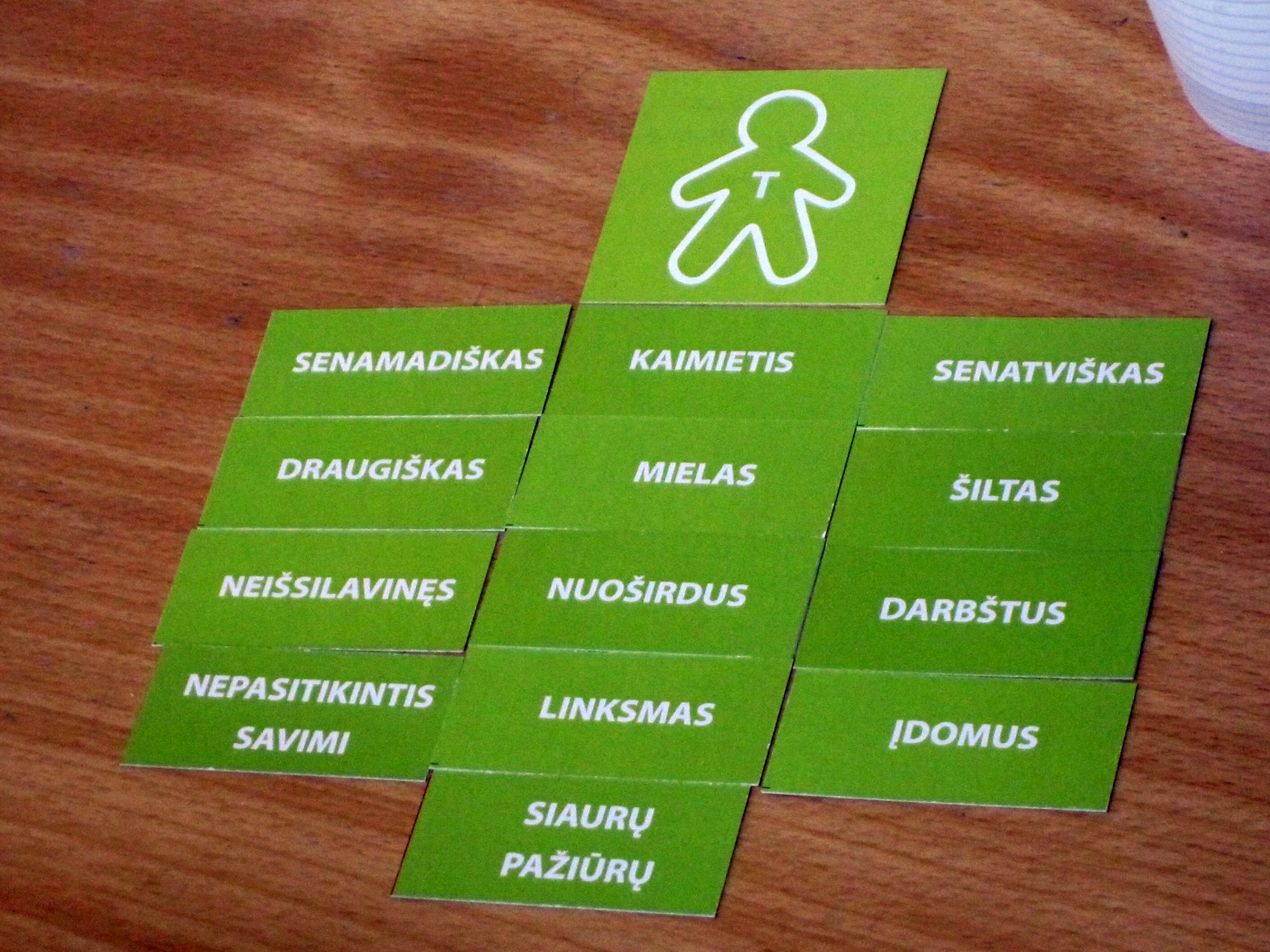 Generally, how a variety is assessed is closely related to the evaluation of its speakers. Speakers of the standard Lithuanian, which is often treated as prestigious and correct language, are usually seen as well-mannered, more talented, and situated higher in overall social hierarchy. Vilnius speech, it seems, adds additional flavour of being modern and open-minded. In comparison, the status of the youth speech and local dialects is rather controversial. On one hand, prevailing official ideology labels them as non-standard varieties and students treat them as less correct and inappropriate for use in public. On the other hand, it is important that these varieties are valued as own, ordinary varieties.

It is noteworthy that youth perceive language as a symbolic resource and use it to construct their identity(-ies). Their communicative competence allows them to (re-)evaluate a communicative situation and control their self-image. In order to achieve this, young people have to embrace and combine a set of varieties which are prevalent in different social contexts: peer-groups, family, school, public events, etc. Although the students attributed different values to different linguistic varieties, they often emphasised that all languages and all varieties are necessary and appropriate depending on a situation and an addressee.